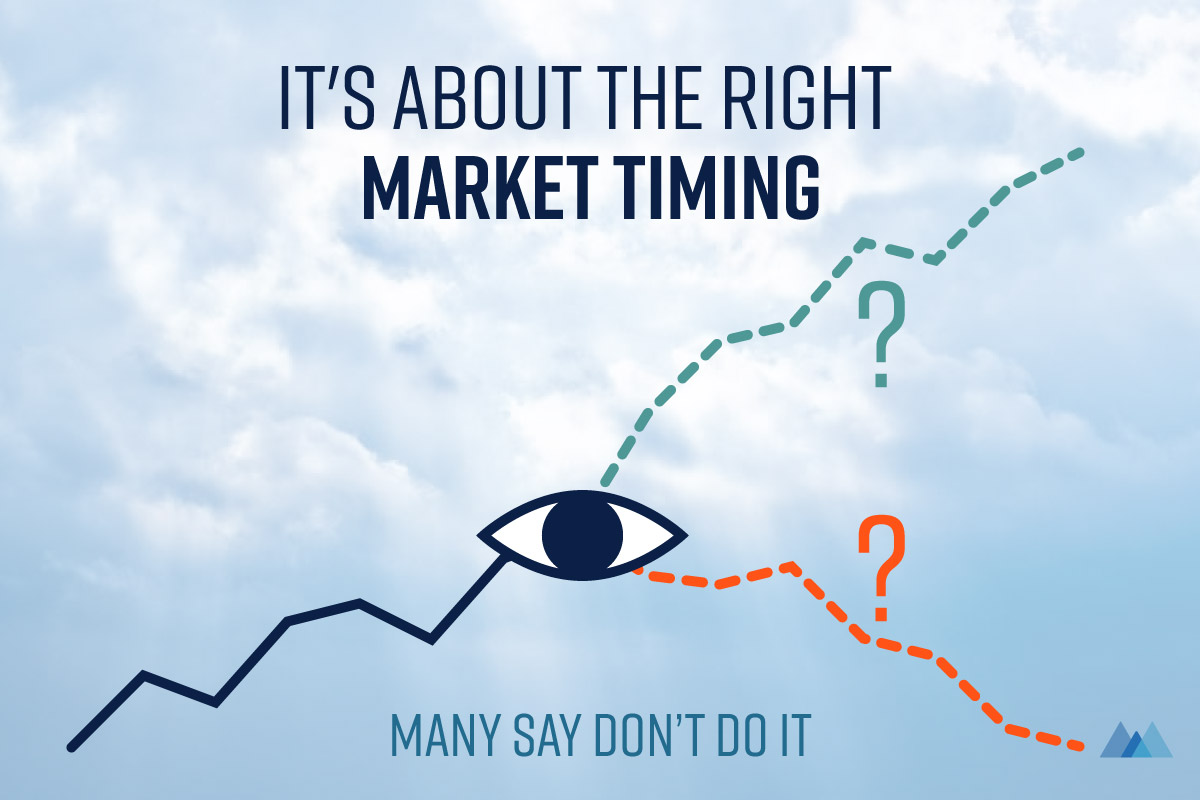 Market Timing is an attempt to predict the future direction of a market to increase return. The basic idea behind buying stocks is to “buy low” and “sell high” since this will give you a higher profit. Most investors therefore consider the timing of the market. They do not want to invest at the time when the market is overvalued (when the value of bonds and shares are pricier than usual) and they also do not want to sell when the market is undervalued (if sold, sold at a loss).

However, timing the market is difficult as no one can precisely predict future events. Investors can only speculate what they think will happen in the future. If you are just waiting until the market crashes, you may lose time to grow your investment.

A lot of financial advisors recommend not timing the market and just purchasing regular, fixed-size investments while holding the investments for a long period of time - something called dollar-cost averaging.